A pioneering team of ten employees from Professional Advantage have taken part in a tree nurturing programme at Mt Balagbag, Phillippines.

Team members took inspiration from the International Day of Forests on 21st March, and World Water Day on 22nd March, and took time out of their personal and professional calendars to care for the planet. 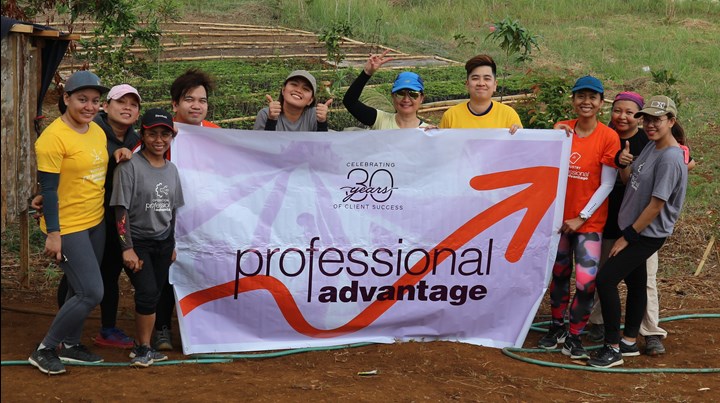 Also known as the Bare Mountains, it is a hiking destination favoured for its proximity to metro Manila. To reach the site of the activity a 2-3 hour hike was required, and with a desire to spend as much time nurturing the area as possible, they camped at the location overnight. This allowed for a fully productive day with an early start, as well as giving them the opportunity to witness the sunset and sunrise from the mountain.

Whilst locals recall a past when the mountain was covered with trees, Mt Balagbag is now barren. This area is one of the deforested mountains within the Ipo watershed and Marikina watershed systems, and Ipo provides 98% of the water supply to Manila’s 12.8 million residents. This water is generated by floodwaters during the rainy seasons that comes from the Marikina watershed, which then flows to the Ipo dam, and then on to the La Mesa dam. A watershed needs trees to be able to absorb rainwater which it channels in to streams, rivers, and eventually dams. It has been reported that illegal logging, charcoal-making, and slash-and-burn farming within the Ipo watershed, a 6,600-hectare mountain forest in Rizal and Bulacan, could lead to a water crisis within the city it feeds.

Without mature trees, there are no roots or leaf litter to minimise the impact of the downward movement of water during the rainy season, subsequently leading to soil erosion. Whilst water still reaches the dam, and ultimately those that need it, it will be heavily silted, resulting in a more expensive and time-consuming water treatment process before it is safe for use and consumption. Silt also reduces the life span of dams. Therefore, without trees, siltation of the water resources would be high, resulting in detrimental effects at later steps in the water cycle. 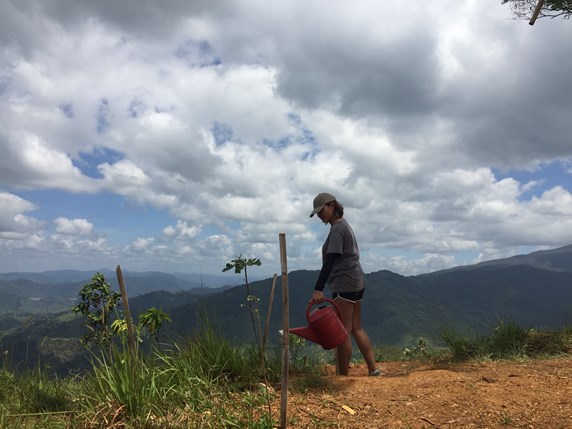 Within reforestation efforts, only 10% is tree planting, with 90% of it being tree nurturing. This act is critical for the higher survival rate of young trees already planted, especially during the dry season. As it was dry season when the team completed the trip, it is not recommended to plant new trees as they are unlikely to survive the harsh conditions at the time. The team instead nurtured around 60-70 trees in the area.

The team coordinated with Balagbag Environmental Society Inc, an environmental not-for-profit organisation that advocates work to restore and reforest the area. They work alongside the Bantay Gubat (forest watchers) who help with guarding the forests and waters of the Ipo watershed, protecting it against illegal activities. 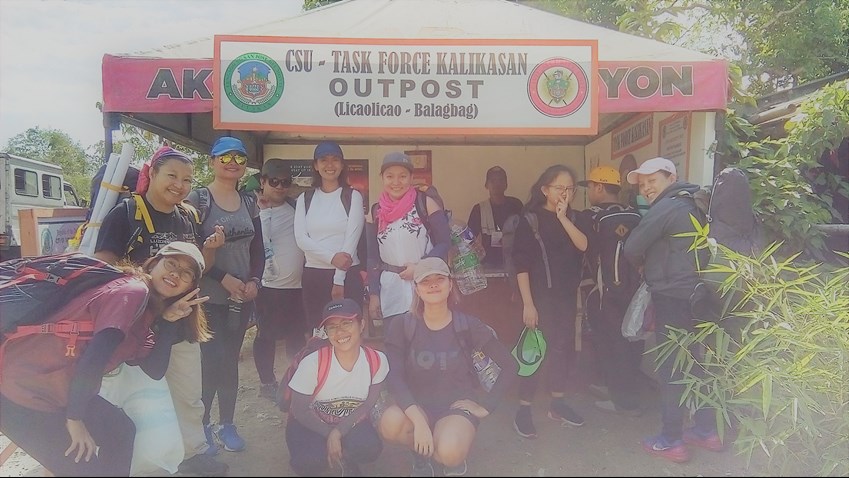 Congratulations and thanks to the team for their time, effort, and commitment towards helping support the natural world in Manila.
Ultimately, nurturing trees is nurturing our planet.